Today we're hanging out with Kelly Jones, author of UNUSUAL CHICKENS FOR THE EXCEPTIONAL POULTRY FARMER. Which I would buy because of the title alone. Because really. It's so awesome. Also, check out the cover and blurb and et cetera, all of which equally awesome: 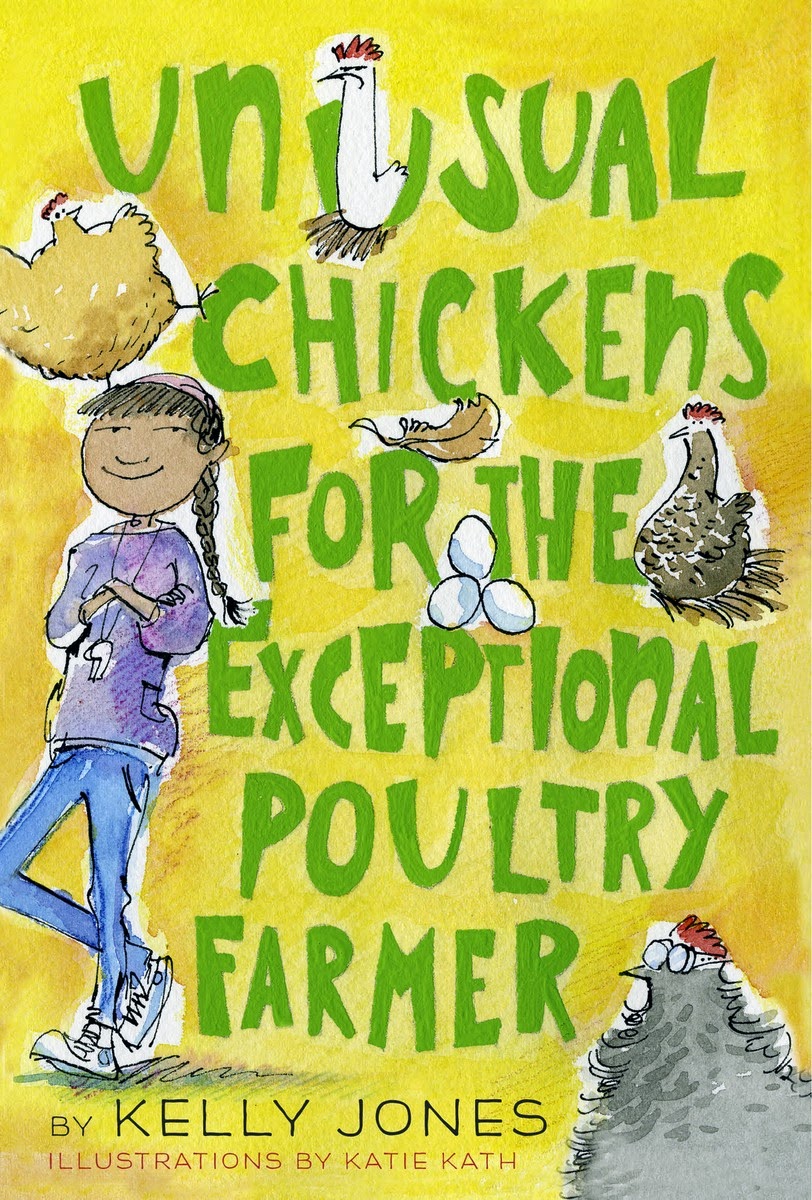 Twelve-year-old Sophie Brown feels like a fish out of water when she and her parents move from Los Angeles to the farm they’ve inherited from a great-uncle. But farm life gets more interesting when a cranky chicken appears and Sophie discovers the hen can move objects with the power of her little chicken brain: jam jars, the latch to her henhouse, the entire henhouse....

And then more of her great-uncle’s unusual chickens come home to roost. Determined, resourceful Sophie learns to care for her flock, earning money for chicken feed, collecting eggs. But when a respected local farmer tries to steal them, Sophie must find a way to keep them (and their superpowers) safe.

Told in letters to Sophie’s abuela, quizzes, a chicken-care correspondence course, to-do lists, and more, Unusual Chickens is a quirky, clucky classic in the making.

Sounds amazing, right??!
Preorder at Amazon or B & N and
add it to your Goodreads

I almost always start with a character and something they care strongly about. But when it comes to writing their story, I’m an under-writer: I write a skeleton version of the story for my first draft, and then go back and give it layers of detail and depth until it makes sense. (It’s more common for my editor to ask me to add more than to delete sections.) Then, somewhere along the way I try to make sure it has a plot. That’s the hardest part for me, and often involves shuffling bits around until they’re in the right order.

Was there ever a time that you considered giving up on your aspiration to write?

Yes, I did give up writing for about three years while I was earning a master’s degree in library sciences and working full time. Back then, it felt like the end of my writing dreams, but now it feels more like a hiccup along the way. If it happens again, I hope now I’d tell myself to enjoy the break and not worry about it so much! If writing is truly important to you, I think you’ll come back to it when you’re ready.

What advice would you give your younger self?

To spend more time watching how people live in the world, all the details that make them individuals, and much less time worrying about which font to use and how hard it is to be a professional writer.

What inspired you to write UNUSUAL CHICKENS FOR THE EXCEPTIONAL POULTRY FARMER?

Getting my first chickens! Apparently most people enjoy the eggs and go about their regular lives. I sat in the backyard and watched mine for hours, thinking up superpowers that would be useful to chickens.

What was the hardest part about writing this particular book?

I knew exactly who Sophie was from the beginning of this story – and that was an enormous gift and also a huge writing challenge for me. I’m white, Irish-American, and I didn’t know if I could write a Latina character’s experience that would feel authentic to readers. There were so many details I didn’t know, or wasn’t sure of. So, I did the best I could, and then I asked for help. That was hard too – it felt awkward and uncomfortable to ask Latina writers to see how my words felt to them, if Sophie’s experiences and reactions made sense to them. But it made the book much stronger, and was the best thing I could have done for this book -- and it made me much more confident about asking for help when I need it.

Can you tell us a little bit about your hero/heroine?

Sophie Brown, age twelve, moves from Los Angeles to a rural farm with her white father and Mexican-American mother. She misses living in a diverse urban community and finds it hard to fit in to her new town, but she especially misses her grandmother, who died recently. Sophie’s quiet and shy, but she has a strong commitment to doing the right thing. So, when chickens with superpowers turn up and it’s her job to protect them, she’ll do whatever it takes. I would describe her as a quiet, brave, steadfast person, with a great sense of humor.

My second book is a YA Regency costume drama with magic called GLAMOUR, about Miss Annis Whitworth, who, when orphaned at sixteen, decides she’d much rather be a spy like her father than a governess. (Unfortunately, the War Office does not agree.)

ABOUT THE AUTHOR: Kelly Jones (curiosityjones.net) is a curious person, interested in chickens, magic, farm life, spies, sewing, the odd everyday bits of history, how to make sauerkraut, how to walk goats, superheroes and what makes them so super, recipes to make with a lot of eggs, anything with ghosts (particularly friendly ghosts), how to draw chickens that actually look like chickens, and any story she’s never heard before.

She’s also a writer: Her debut novel (Unusual Chickens for the Exceptional Poultry Farmer (http://www.randomhousekids.com/books/detail/236937-unusual-chickens-for-the-exceptional-poultry-farmer?isbn=9780385755528#.VT7ghs5xAk9) , about twelve-year-old Sophie and her magical chickens, is forthcoming from Knopf Books For Young Readers in May of 2015. It’s for kids ages 8-12.

Her second book, Glamour (https://www.goodreads.com/book/show/23113602-glamour), is set in 1818, England, about sixteen-year-old Annis, who would like to become a spy like her father and who does not see why the War Office should put up such a fuss (with bonus magical dressmaking!) is forthcoming from Knopf Books for Young Readers in Spring of 2017.

Posted by Marci Lyn Curtis at 5:15 AM 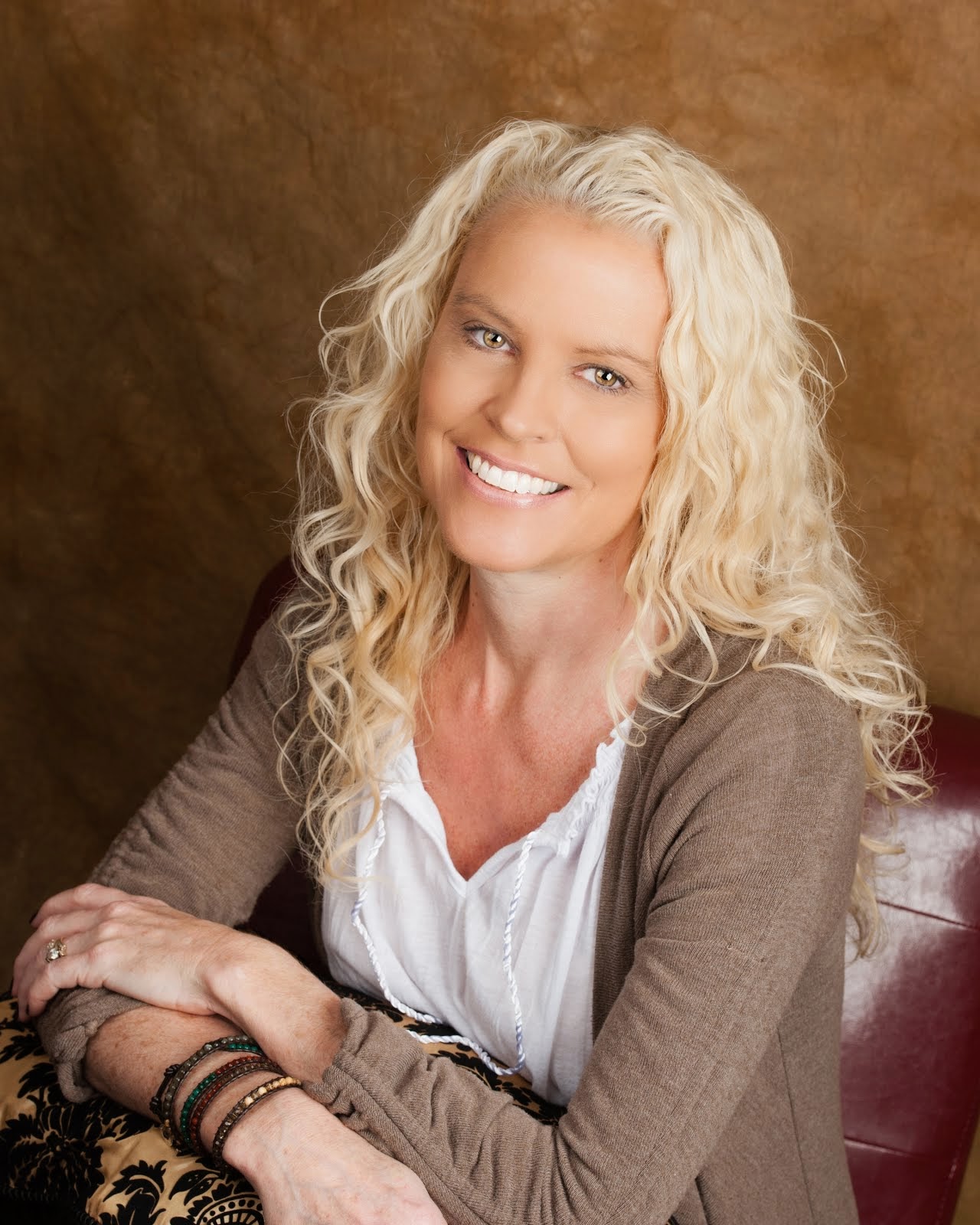